Please note: Malik has requested sending this out to be published in the SF Bay View and any other anarchist publication. PLEASE SHARE!

Co-founders of the End Prison Slavery in Texas - Movement

During the 85th Legislative Session which began in January 2017 we saw Prisoner Rights Advocate Jennifer Erschabek lobby hard on behalf of Texas prisoners in order to push forward on parole reform efforts. Texas State Representative Senfronia Thompson crafted House Bill 2120 which would have directed the Parole board to recognize the Good Time and Work Time credits of all Texas prisoners. Prisoners with aggravated sentences would have been able to be Parole eligible sooner.

The Bill died in Committee. However, the efforts of Jennifer Erschabek and Rep Thompson should not be ignored or taken lightly. In light of the ultra-conservative Legislature which exists in Texas this bill HB2120 was a small step in the right direction.

One of the key things we lacked in 2017 was free-world support from the families and friends of prisoners in Texas. This is why we have put together this information in order to educate the public and raise their awareness. Please listen to what I am saying: Good Time, according to its legal definition may be discretionary. Good Time is awarded according to a prisoner's time earning status and for maintaining good behavior/conduct. To the contrary, Work Time is earned!

TDCJ does not pay prisoners for the work and labor they perform. Work and Labor that does not just help maintain the prisons they are housed in but in some cases actually generates a profit!

Instead, TDCJ allegedly awards work-time. By it's legal definition, the value of work time is earned time, which should in fact result in the reduction of a prisoner's sentence! But Texas has gamed the system.

The application of work-time, should not be discretionary or arbitrarily applied. Either work-time/earned time should count towards the reduction of a prisoner's sentence, or ALL TEXAS PRISONERS SHOULD BE PAID A FAIR WAGE OR BOTH!

If the Texas Board of Pardons and Paroles and TDCJ persist in ignoring the actual value of work-time and with-holding said credits and benefits from TDCJ prisoners, I propose that both agencies be investigated immediately for violating Texas state and Federal Fraud Statutes.

As a member of the Incarcerated Workers Organizing Committee (IWOC) I encourage all prisoners and their family members to think seriously about joining and supporting our Industrial Union Branch (IU 613).

There are thousands upon thousands of Incarcerated Workers in Texas Prisons whose voices need to be heard now!

I am pleading with our free-world family members and friends to email or call the following Texas Legislators and request that they END PRISON SLAVERY IN TEXAS during the 86th Legislative Session in 2019. It can be done!!

To learn more about the Incarcerated Workers Organizing Committee (IWOC) please email them at iwoc@riseup.net or write:

We are planning to hold a rally/protest in Austin and Houston on June 19th, 2018 which seeks to draw support and raise awareness to our movements/campaign which seek to End Prison Slavery in Texas and amend the 13th Amendment of the US Constitution. Sponsors to be announced. 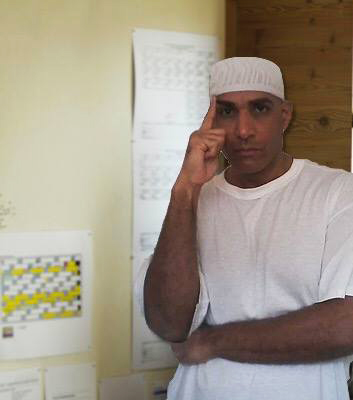