On September 8th, in solidarity with prisoners taking action for the 9/9 prisoner strike, about a dozen people disrupted activities at the local Democratic Party campaign headquarters. Standing outside the building, people held a large banner announcing the prisoner strike while a statement was read and others passed out handbills. Additionally, a group of people went inside the headquarters to yell chants, clog sinks, tear down campaign posters, and scatter handbills. An American flag in the office found its way into a toilet. People walked away from the building tossing handbills in the air.

From the handbill scattered at the action:

As the ruling party, the Democrats and their Bureau of Prisons are responsible for the conditions in federal prisons and everyone being held hostage inside of them. They profit from the labor of prisoners and contract with countless companies and industries that do the same, while prisoners earn as little as a few cents per hour.

They are responsible for the exorbitant prices of phone calls, commissary foods, and other basic necessities in prison. For the mailroom censorship, both institutionalized and arbitrary, of political and other materials. They are responsible for the poor quality of water and food that some must endure for decades, or even the rest of their lives. And for the dismal or nonexistent health care for prisoners when these conditions start to take their toll.

The Democrats and their Department of “Justice” (DOJ) are responsible for overseeing similar and or worse regimes in state prisons systems. They are complicit with the abuse, exploitation, and terror that happens on their watch and with their consent.

The Democrats and their Immigration & Customs Enforcement (ICE) are responsible for tearing apart millions of families through raids, arrests, indefinite detentions, and ultimately deportations.1

State and county Democrats are responsible for approving and funding the construction of additional compounds for keeping people locked in cages and pens, with the latest technology for ever tighter security and control.

Here in Bloomington, the jail is currently building a new structure to house more prisoncrats and create more holding cells for prisoners.2

Bloomington Democrats have blood on their hands. One of this year’s democratic candidates for sheriff was Steve Sharp, who was present when the BPD killed a black man, Denver Smith, during an episode of mental distress in September of 1983.3 In May, Sharp was defeated by the current sheriff, Brad Swain. It is under Swain’s command that Clinton “Boo” Gilkie died of medical neglect in the Monroe County Jail on June 7th, 20164, preceded and followed by an alarming number of suicide attempts.

Because of this, we don’t trust the Democrats, or any political party or regime. Their talk of reforms, purposeful incarceration, and a well-meaning rehabilitative carceral system mean little to us. We have no interest in soft policing; it is because of the social arrangements they maintain that people commit crimes of poverty and desperation. We have no interest in their framing of guilt and innocence; it isn’t only our wrongfully-convicted friends who we want back. And we have no interest in their discourse of “abolition”; imprisonment in our own homes by expensive technology around our ankles and constant state supervision is still imprisonment.5

To be clear, we don’t expect the Democrats to solve anything. Where they have the power—and we know they have it—the only respectable thing to do would be to meet any demands of prisoners who are on strike and engaging in other forms of resistance and make sure prison administrations cannot bury, silence or torture them. If they are serious about prison reform and the well-being of prisoners, we can think of few small ways they could show it. We know every Democratic office has the capacity for call centers, media manipulation, and mass mailings. And we know a lot of prisoners that could use supportive call-ins, attention on their stories and struggles, and some new reading material…But we don’t expect much from the ruling party that maintains an oppressive society held together by the threat and imposition of policing and imprisonment.

To illustrate what we’re dealing with here: remember when the DOJ made a big spectacle and gave itself a giant pat on the back for cutting ties with private prisons? That applies to only 13 facilities across the country. Yes, 13. It says nothing about the those ran by the Department of Homeland Security, including hundreds of immigrant detention facilities.6 Hopefully that means slightly less miserable lives for the thousands of people locked inside those 13 facilities, but government-run prisons are no more acceptable. A prison is prison, whether the COs are paid by GEO Group or the Indiana Department of Corrections.

The Democrats, those who follow their orders, and the suffocating world they perpetuate are locking up our friends, families, and those who inspire us by continuing to fight for their themselves and each other, for freedom. It is clear which side they are on.

Down with the rulers.

Away with every prison.

Strength to those on strike.

1. Obama has deported more immigrants than any other president. Now he’s running up the score. From fusion.net

2. City of Bloomington Plan Commission, May 11, 2015. from bloomington.in.gov

3. Former Indiana University football player was shot and… from upi.com/Archives

4. In Memory of Boo. From rififibloomington.wordpress.com

5. For a further critique of progressive abolitionism see Abolition and Dystopia. From maskmagazine.com

6. The problem with the DOJ’s decision to stop using private prisons. From thinkprogress.org 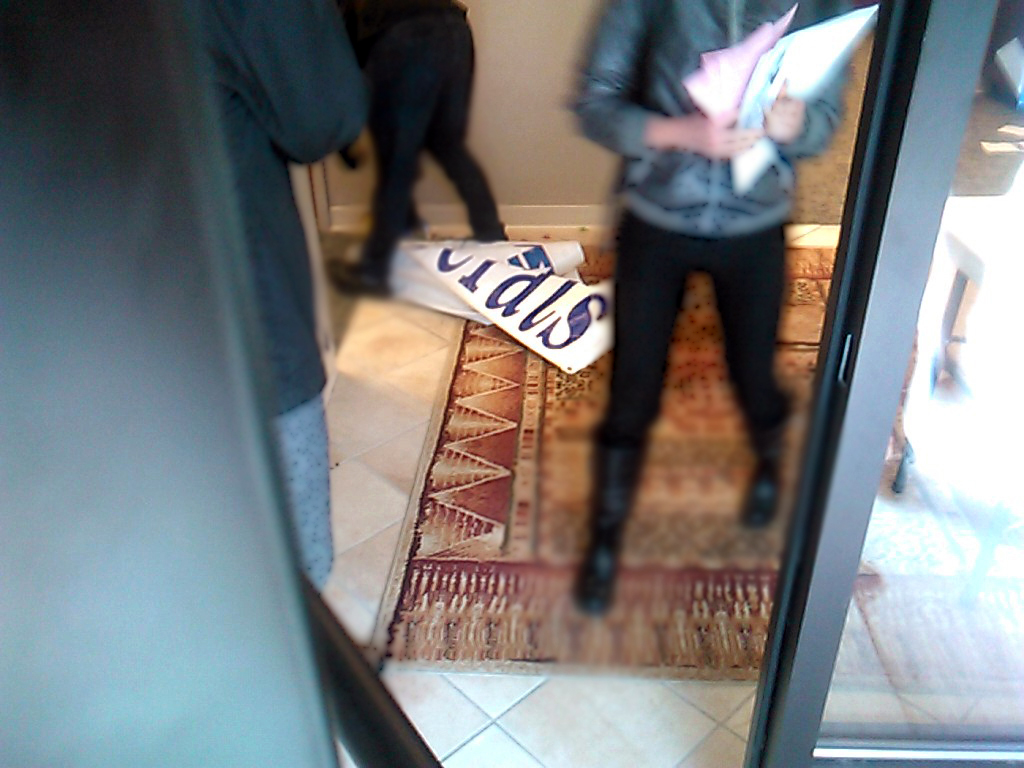