Comrade Malik Speaks: I am nearly at my breaking point! Please Intervene!

"...there is an underlying issue here on this unit and Lieutentant Javier Muro has established a pattern of attempting to harass and intimidate Muslim prisoners!" 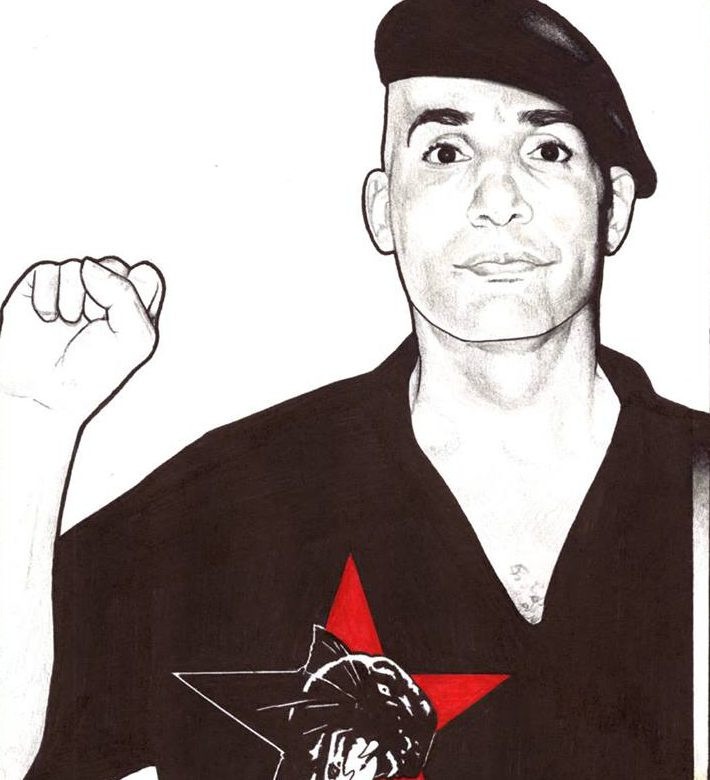 Today is Wednesday, October 3, 2018.  I woke up this morning and went to outside recreation. Before being escorted to rec the officers came to my cell with a male Sergeant named Espinoza.  He had the video cam-corder in his hand and I was asked to submit to a strip search. I complied. These strip searches are humiliating and degrading!

TDCJ has be me classified as a High Profile Inmate but no one here has actually told me why I have been placed on High Profile status!  The only reasons I've been given is "you have lawsuits." However, this supports by argument that the prison agency TDCJ has been retaliating against me for accessing the courts!

Last year I won a civil lawsuit when I challenged TDCJ's unconstitutional beard and religious headgear policy--while I was litigating that suit I was not subjected to this humiliating treatment.  So why now?? Why the video camera??

After my recreation time in a cement box cage a female Sergeant named Dorian Garza shows up with the cam-corder.  I ask to speak with her before I am ordered to strip naked. I explain to her that I am a devout Muslim and it goes against everything I believe for me to strip naked in front of a woman who is not my wife but the extra indignity of stripping naked while she films me is more than I can bear.

Sergeant Garza agrees!  She orders her officers to strip me and after they are done she returns with the cam-corder to film me.  I am taken to my cell in order to pick up my shower items--towel, face cloth, soap, shampgoo and shower shoes.  I tell Sergeant Garza that I'll be five minutes.

However, I am left in the shower for an hour!!  While in the shower Lieutenant Javier Muro conducts a search of my cell.  He takes my mostly "state" items, extra necessities...He leaves me with only one sheet, takes down my clothes line--no big deal.  But there is an underlying issue here on this unit and Lieutentant Javier Muro has established a pattern of attempting to harass and intimidate Muslim prisoners!

Up to this point I've been silent on this topic, just watching and waiting.  Nevertheless, these ongoing strip searches coupled with the fact that a Muslim I've known for ten years reached out to me for help, has pushed me over the edge!!  I am requesting an organized response here! I want at least 1,000 free world friends to contact Texas Senator Eddie Lucio Jr., TDCJ Executive Director Bryan Collier, and Texas Representative James White and ask them specific questions and this time, sisters and brothers, we must demand answers and solutions to these issues.

Please, I really need your help on this:

Sisters and brothers, I have never ever been "the boy who cried wolf."  I am known throughout the nation and even in some parts of Europe as being a truthful and respected authority on the conditions inside Texas prisons.  There is a Muslim here on McConnell Unit named Phrory Gamble (TDC# 1426500). His Muslim name is Abdur-Razzaq and he has been on hunger strike for a couple weeks!  I was just notified two days ago. Something is wrong! I've known this brother for nearly 10 years and he is not someone who engages anything like a hunger strike unless something is extremely wrong!!

The name that keeps popping up is:  Lieutenant Javier Muro!! The McConnell Unit has recently been placed on what I believe is semi-annual lockdown so we need some concerned citizens to call up here immediately and talk to Senior Warden Phillip Sinfuentes in order to ascertain what the problem is!!  McConnell's phone number is (361) 362-2300.

I also suggest all of you contact the TDCJ Ombudsman as well as TDCJ's C.I.D. Division and request statements be obtained directly from Phrory Gamble and myself in order to get a true grasp of the situation here.

I always say that the best antiseptic for injustice is sunlight. TDCJ has been doing a lot of dirt in the dark for far too long.  We need media exposure!

An update on other matters:

Before I close, I'd like to provide an update on sexual harassment of female officers who work at the Eastham Unit in Lovelady, Texas.  While at Eastham, I noticed Major Blake Norman exhibiting perverted behavior toward female subordinates! He was also a hater of Muslims!  Well, sisters and brothers, the chickens have finally come home to roost. Major Blake Norman was demoted to the rank of Sergeant and transferred!  Norman had a big influence on me being sent to this hell hole in Beeville, TX. Hopefully he will learn to respect all wimmin!! Karma is real!  Hell yeah! :)

Dare to struggle, dare to win.  All power to the people!

Keith "Malik" Washington is a co-founder and chief spokesperson for the End Prison Slavery in Texas Movement, a proud member of the Incarcerated Workers Organizing Committee and Deputy Chairman of the New Afrikan Black Panther Party Prison Chapter. Malik has been instrumental in calling for the abolition of legalized slavery in Amerika and is very active in the Fight Toxic Prisons campaign. You can view his work at comrademalik.com or you write him at: