Guards Join with Inmates to Protest US Prison Conditions

The historic prison labor strike, which began on Sept. 9 in honor of the Attica prison riot, is continuing in at least seven facilities.

Inmates across the U.S. are nearing a month of prison strikes drawing attention to exploitative conditions for prison laborers, while many who participated in the initial and unprecedented Sept. 9 action remain in solitary confinement in retaliation for their organizing.

Almost 1 million prisoners in the U.S. work for cents an hour, and in some cases nothing, for a variety of multinationals and face harsh repercussions for refusing to work. The strike coincided with the anniversary of the Attica prison riot, which resulted in deadly repression and inspired similar riots nationally, and mobilized a record tens of thousands of prisoners.

Prisoners at South Carolina’s Turbeville Correctional Institution are still causing work stoppages, with strikes re-erupting after an inmate was stabbed to death Monday. Striking inmates were denied visits, recreation and purchases at the prison store, tweeted Delete Your Account, a political podcast hosted by activists.

In Alabama’s Holman prison, guards joined in the protest and collectively didn’t show up to work on Saturday.

Crispino's group does not invite prison guards to organize, but she said that the Free Alabama Movement, a prison abolition group working at Holman, was contacted by the guards before their action. Before the action, said Crispino, the prison retaliated against strikers by releasing individuals from solitary confinement “in order to foment violence and break the strike.” One inmate was later stabbed in the eye and one guard was killed, motivating several guards to quit and others to demand the release of a non-violent inmate, who goes by Kinetik Justice, from solitary confinement to help dispel any conflict.

“They completely bugged on the administration,” Kinetik Justice told Al Jazeera. “No more will they be pawns in the game. High time it’s going down.” He was placed in solitary confinement in 2014 for helping organize protests.

The Alabama Department of Corrections confirmed Monday that the guards didn’t show up on Saturday and had to be replaced with officers from other facilities, but did not acknowledge a strike.

“Every single guard on shift not showing up to work is not a case of food poisoning,” said Crispino, adding that they may have organized either in solidarity with inmates or to express their own grievances.

Besides South Carolina and Alabama, prisoners in at least five prisons in California, Wisconsin and Ohio are on hunger strike to draw attention to exploitative prison labor. Up to 50 prisons participated in the strike, and almost half of them continued at least into the next week.

Inmates in other prisons are still recovering from the crackdown on Sept. 9, some in solitary confinement and others still denied privileges. Crispino said she found out Monday that inmates at the Kinross prison in Michigan, after organizing a strike, were told that their demands would be met and taken to state legislature. Instead, a riot team “dragged men seen as instigators out of showers and beds” and were locked out in the yard, hands tied, for five or six hours in the rain. Some had tear gas sprayed directly in their eyes in retaliation for organizing a strike.

Information about the strikes is limited since cell phone access is controlled in the facilities, but dozens of solidarity campaigns have been ongoing. Organizers in New York held a letter-writing event Tuesday to inspire long-term correspondence with inmates. 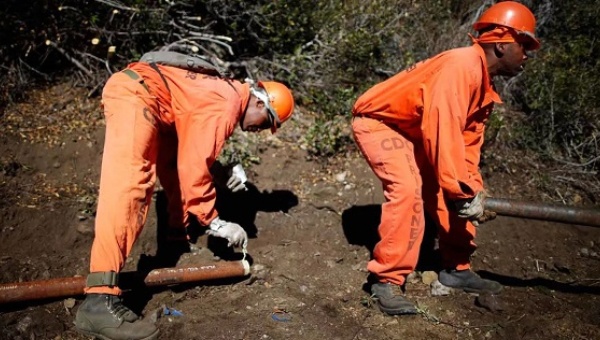