While legislators were present, prisoners were locked out of the conversation, and after they left, a violent incident occurred not yet reported in the media.

Last Friday January 25th, Minnesota legislatures toured Stillwater prison to learn more about violence behind bars. While legislatures were present however, prisoners were locked out of the conversation, and after they left, a violent incident occurred not yet reported in the media.

According to Jason*, a prisoner at Stillwater, at approximately 7:40pm an “offender was observed having a seizure on the second tier. A second offender immediately went to assist him by applying aid so that this person would not fall [off the tier] while having this seizure.”

Shortly thereafter, “two C.O.s were witnessed walking with their mace cans out as to indicate they were responding to a fight. Several prisoners were heard yelling “he's having a seizure they’re not fighting!" The unknown C.O. replied "shut up!" and preceded to mace both prisoners” says Jason.

He continues, “as you can imagine all hell broke out. A nonviolent situation could become a potentially dangerous one because of the reaction of a few C.O.s.” Due to the restraint of prisoners, however, that is not what happened.

Instead, according to Darrell, also incarcerated at Stillwater “they are on lockdown and that inmate having a seizure could be seriously hurt or dead. I don't have their names yet but it is on video.” Jason hopes “Representative Considine will request the video” and believes the lockdown is an “overreaction”. He says it is “only amplifying an already hostile living and working environment between the staff and us”.

Darrell agrees, “this is an example of them just reacting and not being properly trained…which effects how the population sees them.” All prisoners spoken to say such misconduct by guards is common, and can have tragic results, particularly in medical situations. According to the Bureau of Statistics, 147 prisoners died while incarcerated in Minnesota between 2004-2015.

It remains to be seen if those in the DOC or Legislature will learn from this incident, and many others like it. Darrell is not optimistic, “they disrespect us all the time…[and] just like this situation no one will be disciplined so no lesson will be learned.”

According to a policy brief compiled by Decarcerate MN, prisoners across Minnesota are calling for a 15% “decarceration and justice reinvestment” as a more ethical and cost effective way to meet the increased staff to prisoner ratio sought by guards. A similar point was made by Representative Dehn last Wednesday who suggested reducing the prison population by “1000” to impact the “staffing ratio”. Prisoners also want to “reinstate an ombudsman” to hold the DOC accountable in instances like this.

For Jason it’s important for Legislatures to see “how these people handle things in here...with all their training they still want more money to produce what exactly?”

*names changed to protect from retaliation 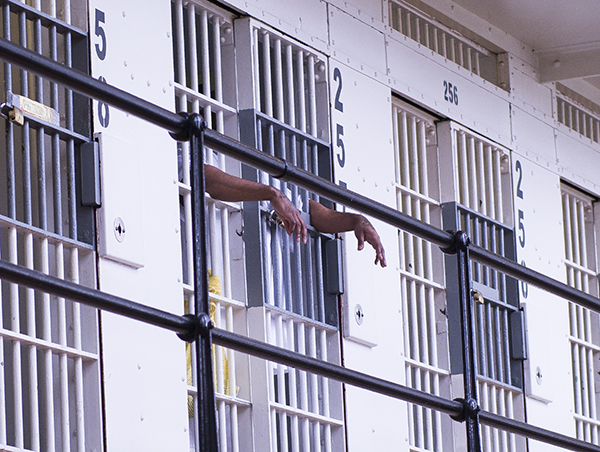