Salutations to my fellow soldiers of our rights,

I would like to share some vital information that may be pertinent to anyone who is interested in fighting for the working/lower class of America. This is a clear example of unity. It is proof that if we all come together we can be a force to be reckoned with.

As I sit on lockdown in Stillwater after the events that took place on March 11th, 2016 in the chow-hall, I feel a real feeling of contentment. A-west stood up for the rights of our community, the small rights we have left that is. They have taken so much from us in the past, things that I have never had the privilege to experience, but loved ones who have been incarcerated for years have explained. At a time there used to be so many things that have been snatched away from our community, such as quality food, the 4th of July picnic, freedom to watch adult rated movies and magazines, and a curfew set by 9:25pm. I would like to touch on each of these topics.

There was a time that we use to have a small refrigerator in our cell, we had the option to order fresh meat from an outside vendor, yes real cuts of meat, and then we could go out to the yard and grill the meat with our friends giving the population a small sense of normality. The fact of the matter is we were able to put essential nutrients in our bodies because the food here is horrible quality. I have worked inside of the kitchen and some of the product clearly states “not for human consumption.” So are we not human? The diet is based on a low protein and high carbs; it also lacks vitamins and minerals that the body needs. We get aspartame full “GoodSource” drink mix to substitute for the lack of vitamins in our diet.

Okay, so now I want to touch on this, there once was a time that administration allowed a Fourth of July picnic to occur on the yard. A time that a man could enjoy the company of his family on our nation’s Independence Day. This man could watch the fireworks with his loves ones off in the distance; he could eat a small meal with them and enjoy the moment for a couple of hours. I was told it gave the men an incentive to stay out of trouble because only those who met the criteria could attend the festivities.

I have a personal story I would like to share before I move on. My son is seven years old and he was getting ready to come visit me. Well he was with my mother, eating his breakfast before he came. Well my mother caught him trying to sneak his pop tarts into his pockets, so she asks “What are you doing?” and my son replied, “I am sneaking my Daddy some food in because I just want to eat with my Dad.” At seven he had the urge to just sit down and share a small snack with his father. I want to explain to you all, that hurt me very badly. The reason I shared that is to say this, once a year you use to be able to eat with your child. And if you did not have any children, you could share the moment with your woman, or family members. If it was a lucky lady, think of the confidence that some men would have. That feeling alone is immense. Yes, a man could enjoy that moment with a woman. Think of what that would do for a young man’s mental state that just got sentenced to life. Remember when I stated the true pain of being locked up? Well the pain is being forced away from your loved ones, watching your children grow up through pictures and in the visiting room, not being able to physically touch your woman and losing loved ones while incarcerated. That’s the true pain of incarceration so why do they want to make our lives ever worse?

It is true that this prison is populated with all different types of people with all different types of crimes. The one thing we all have in common is this; we are in an adult facility. But for some strange reason, we are not allowed adult magazines or movies or programming, but we can get a life sentence. I know that this is an uncomfortable topic, but it is the truth. It is a fact that having an orgasm releases testosterone and regulates the natural hormone balance in a man’s body.

Now I would like to jump to the events that caused the lockdown that I am sitting on as I write this. On March 10th, 2016, they changed the seating arrangements in the chow hall that have been implemented for 50 years or so. They took out the four main tables and put in six main tables in a row like the movie Harry Potter leaving very little room to eat. To top it all off they would like to integrate all the groups, races, gangs. They are forcing a cultural melting pot. I want to state that this prison is not completely race segregated but it is prison, and there is some segregation amongst the population. But for the most part everyone gets along. Through evolution we have learned to co-exist with each other, so we know the limits and take each other in moderation. Now they are forcing people to deal with other people that may have major differences, and options to interact with other another. We as convicts can clearly see this is problematic. So how can they not see that?

So, on March 11th a beautiful thing happened. The whole unit of A-West stood up in the chow-hall and went to the old sections in an act of peaceful protest. We let the administration know that we will stand up for our rights. It was a standoff for about a half an hour. The tension was high and you could see the fear on the CO’s faces. Then we all left together and locked in. The message was clear. So they locked us in for 11 days, and when we came out, they adjusted the seating arrangements. Not completely back to normal but, they did make it a little more comfortable for us that are forced to live here.

Want to support this work? Become a monthly automatic donor at iwoc.noblogs.org/donate or contact iwoc(at)riseup(dot)net. 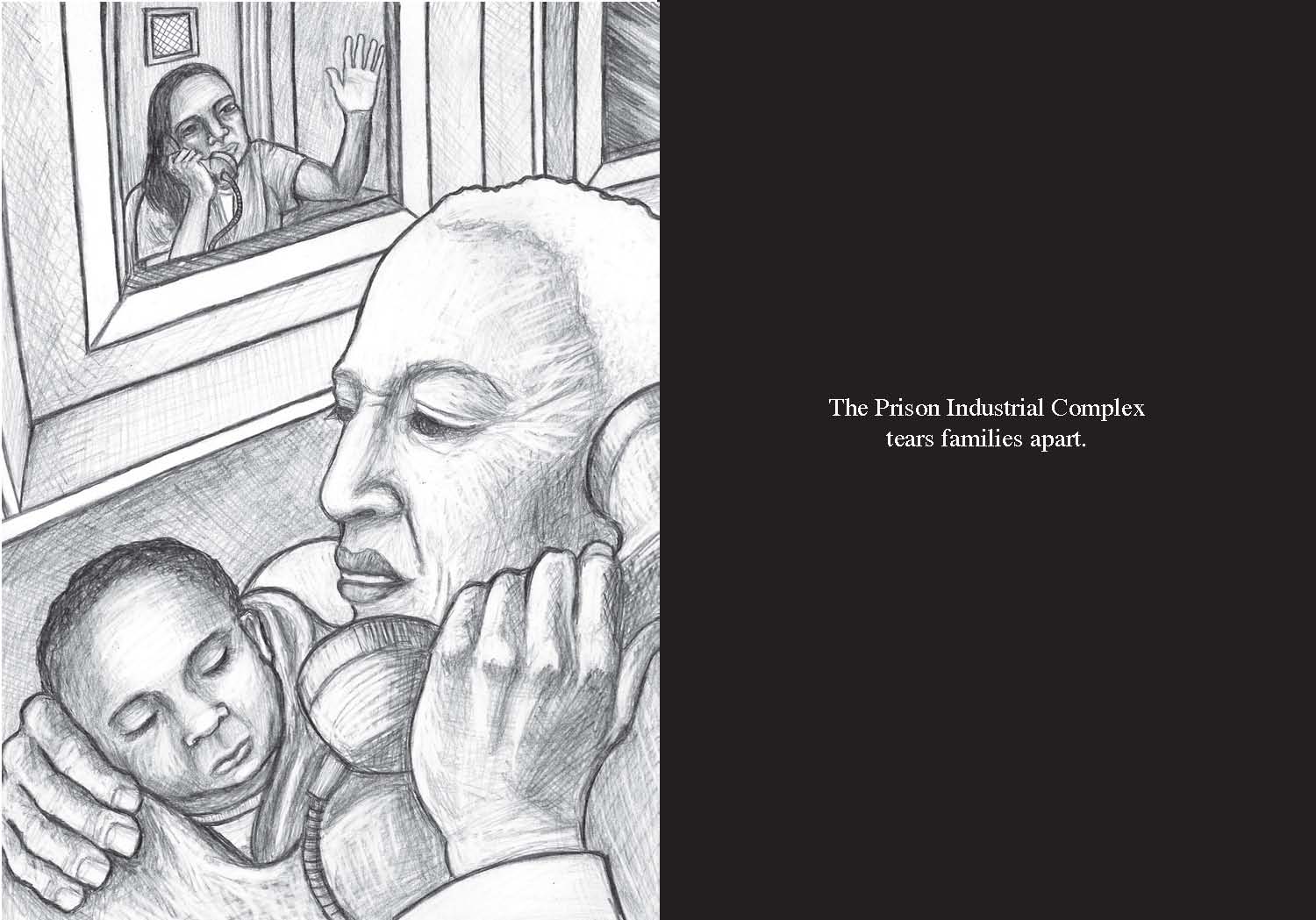