Prison-assisted drug overdoses: TDCJ is amongst many state and federal prisons affected by the deadly K2 epidemic

The number of K2-related deaths in Texas prisons is mounting, year after year. Due to this drug being undetectable by prison drug-testing kits, it has become a favourite drug of choice for prisoners and prison officials who profit handsomely from smuggling it in.

This has caused other common prison drugs, like cocaine, marijuana and meth to be discarded by prisoners who now have the ability to get high without worrying about failing drug tests. Prison staff have also adjusted to this epidemic by abandoning random drug testing, only doing so if the testee is “fingered” by another prisoner, or suspected of having a particular drug in his system. This ultimately increases the rate of positive hit results and allows TDCJ to save money by reducing the amount of drug test kits it uses annually.

From my experience, victims of K2 overdose experience heavy sweating, heart attack and panic attack-like symptoms before dropping dead. So it's highly possible that K2-related deaths are being recorded as heart attacks and heat strokes. A full record for these deaths may not exist.

The Center for Disease Control and Prevention (CDC) listed K2 as synthetic marijuana, which is a misnomer. It's supposed to trigger the same receptors in the brain as THC – the component in marijuana that produces the high. But unlike THC, the chemical makeup of K2 is unique, and can cause hallucinations, seizures, heart attacks, aggressive behavior, and suicidal acts and behavior.

This is the same drug that made national headlines when, in the span of 24 hours, 70 people overdosed in New Haven, Connecticut.1 And it's not only killing prisoners in Texas, Sarah Blaskey of the Miami Herald exposed in her August 21, 2018 story that the Florida Department of Corrections has issues with K2-related deaths.2 Prisons in Alabama and all over the nation are becoming infested with K2 and its issues.

In prison, K2 often contains traces of rat poison and roach spray, and doesn't contain a single chemical makeup, so basically it can contain anything. Despite prisoners witnessing their friends die during smoke sessions, they keep getting high. And more often than not, seek the particular K2 strain that killed them. “I gotta get some of that”, some say after learning of an overdose.

Dr Tegan Boehmer, of the CDC's National Center for Environmental Health, stated that dozens of chemical are used as synthetic cannabinoids, and their unknown characteristics make them dangerous. “They are very dangerous because there are a lot of unknowns.” The CDC studies also suggest this drug is highly addictive.

From November 1 2017 thru to April 19, 2018, I was housed at the Ramsey Unit in Rosharon, TX; Michael Unit in Tennessee Colony, TX; and Telford Unit in New Boston TX. These transfers were done as retaliation for me exposing bad conditions at each prison. After the circulation and exposure of this piece, I expect to be transferred again.

Between these prisons, I've gathered many reports about prisoners dropping dead from K2 overdoses. Here at the Telford Unit, prisoners and staff contest that “Mike” died from a K2 overdose here on 4 Building, D-pod, Cell 54 nearly two years ago. Rumors say that his “stick” had been laced with nitroglycerin by a guard who'd given it to him. Marks from the welding on the cell to keep it secure pending the investigation can still be seen. Since I've been here, two prisoners have died from overdoses.

In particular, on August 29, 2018, around 2:00 am, I watched a black prisoner convulse, foam and jitter while strapped to a gurney and being moved from 4 Building to the infirmary by medical staff who responded with less than the required urgency to collect an overdose victim. This was hours after I saw medical staff slowly pushing a gurney to grab another overdose victim. The two may not have died, but they certainly overdosed. From what I hear, many prisoners have died throughout the years.

During my stay at Ramsey, Nov 3 2017- Feb 21 2018, three prisoners died from K2 overdoses – one died the same day he was leaving the prison to go home. The number of mild overdoses is astounding. On average, at least one a day has to visit the infirmary here.

Within the nucleus of this epidemic, the symptoms of K2 and the drug itself have been given names that are common to staff and prisoners. Tune, toochie, two, gas, and dropdead are names given to the drug; tune attack, tuned out out, and episode are names given to one whose behavior becomes bizarre, or they “get stuck” and stare into space. Zombie-looking prisoners can be seen slugging around everywhere.

The rolled-up joint itself isn't traditional-looking at all. Due to K2 having such a powerful impact on the mind and body, small toothpick-size “sticks” are rolled and smoked by up to three people. I've seen a person take three puffs then instantly pass out within one minute, stick burning in hand. Guards have a routine of having others place an overdosed prisoner in his cell without calling medical staff, so many overdoses, and their harm to an individual's brain, are going unreported. One guard, Sergeant Garland, is notorious for her indifference to overdosed prisoners. In one instance, she wrote a disciplinary case on a prisoners for not going to work. She recognized he was too high to function, and commented that she knew, but she failed to seek him medical care.

My first encounter with a “tune attack” occurred in June 2018. A prisoner sitting next to me on the dayroom bench had just taken a few puffs; within three minutes, he began clawing at his chest, all the way down to his ankle. It seemed like he thought his heart had left its original spot and come down his leg.

During my stay at the Clements Unit, a rumor spread in 2017 that a prisoners had a tune attack, screamed “I believe I can fly”, then leaped to his death from the cellblock's 3rd tier. On Jan 19, 2018 at the Ramsey unit, multiple prisoners told me that Alfred Brosig had just smoked a stick before strangling Kenneth W. Johnson to death and then showing guards what he'd done. This was after excited friends of Johnson spent time trying to wake the sleeping guard up.3

Medical staff never take tune attacks seriously, and often joke about how the prisoner behaved when they respond to a call. Despite the dangers of this drug, the Telford Unit administration has provided poor oversight on containing the drug, or preventing it from being smuggled in. There is no real interest in implementing a counter, or increasing the amount of scrutiny guards receive when entering the prison. Burnt wicks, partially smoked sticks, and the smell of smoke lingers on the stairwell, in the dayroom, and out in hallway.

Ranking staff see obvious paraphernalia and simply step over it. Evidence of drug use is everywhere, so I believe these officials are turning a blind eye to maintain a dormant environment, even at the cost of self-inflicted death. This is state-sponsored genocide!

What we as prisoners need to realize is that this is a staged epidemic that's designed to stunt our consciousness, growth, and ability to be productive members of society upon our release. Bringing awareness to this is the right thing to do, it's sabotaging our culture and killing us off. Guards get rich, we die!

Between 2016-2017, nearly 60,000 grams of K2 were confiscated in Florida prisons. This doesn't include the amount that was smoked or sold. TDCJ has the biggest prison system in the US, so there's no tellling how much has been smuggled in here.

In the January 2018 issue of the San Francisco Bayview, Comrade Shaka Shakur hit the nain on the head in his piece, “They say the police said I was a snitch, but what does that make you?”, when he explored the perils of lumpen cats hanging with and gossiping with the guards, but claiming exposure of the guards violating our rights is snitching.4

Being in cahoots with guards to push K2 among the masses is no different than a police informant selling drugs in the hood that he got from the FBI to help them frame a drug ring. If someone happened to threaten that guard's job at the prison, wouldn't you conspire to have that cat shipped off, killed, or given trumped-up felony charges? If exposing guards using K2 to kill us is snitching, what does that make you?

Dare to struggle, dare to win! All power to the people!

4 Shaka Shakur, They say the police said I was a snitch, but what does that make you?: http://sfbayview.com/2017/12/they-say-the-police-said-i-was-a-snitch-but-what-does-that-make-you/ 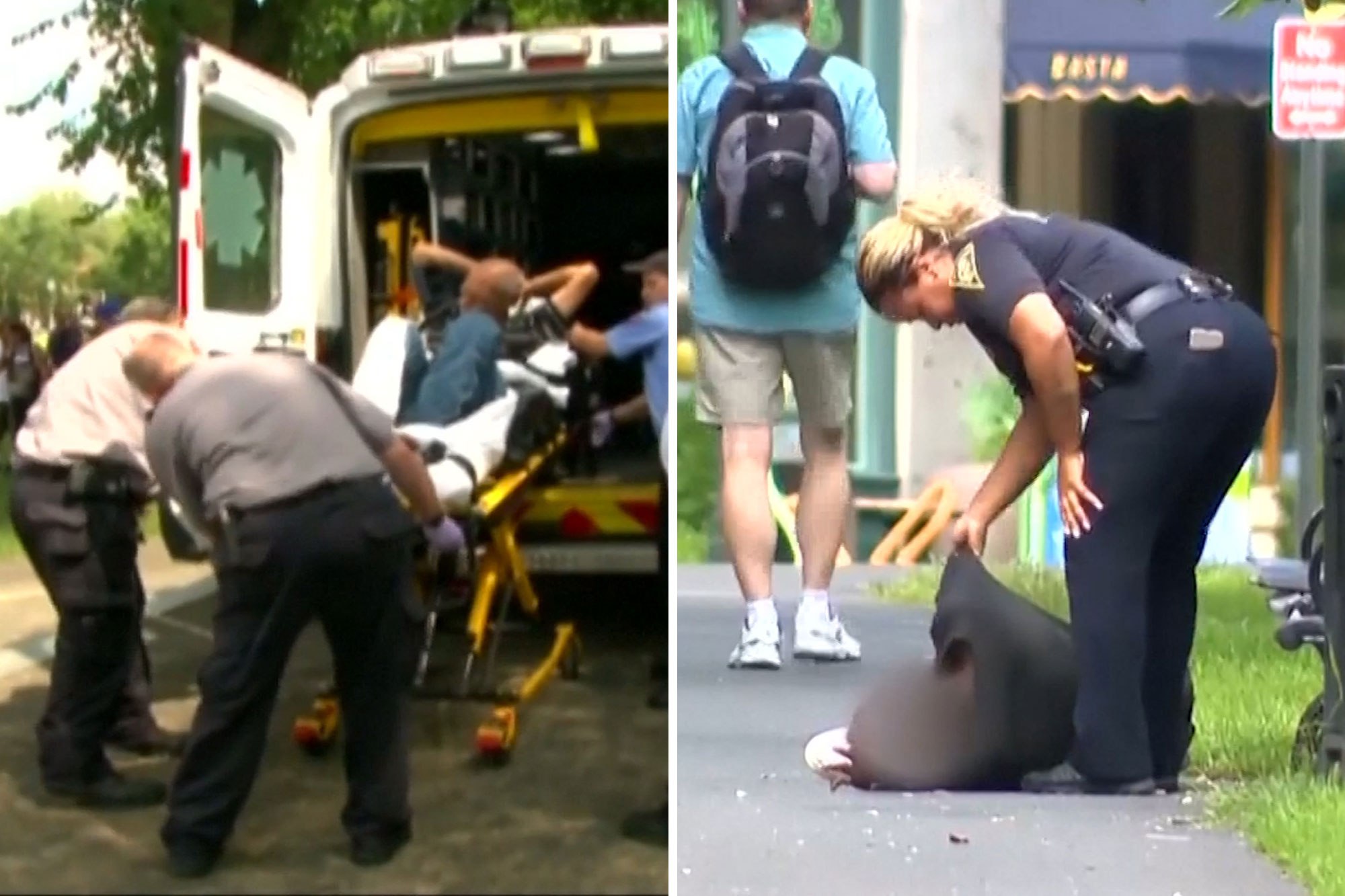