(DANNEMORA, New York) In early September, a prisoner in New York’s Sullivan Correctional Facility was given a glass-laced pastry by a correctional officer in what he describes as an attempt to murder him. Dr. Al-Fatah Stewart, a Doctor of Divinity and a Doctor of Metaphysics, has suffered psychological and physical torture throughout his 19-year incarceration, and this is just the latest outrage. He said:

“Department of Correctional Services employees at Sullivan Correctional Facility raided my cell [and] destroyed my legal work [..] I filed grievances and complaints over this and in retaliation these DOCCS employees framed me with a weapon and placed me in solitary [..] While in solitary DOCCS staff placed rocks in my food and so I refused to eat, then was placed in the infirmary after not eating for over two weeks. While in the infirmary, in an isolation cell a DOCCS employee gave me a warm pastry laced with glass in an effort to kill me and end my litigation against staff at Sullivan.

Dr. Stewart sent samples of the pastry to the FBI, the NYS Commission of Correction, the Office of Special Investigations and, in desperation at their inaction, directly to Microtrace Labs in Elgin, Illinois to have it analyzed at his own expense. Microtrace’s investigation found over approximately 100 particles of soda-lime glass, concluding that it was likely added subsequently to baking.

This finding by a certified laboratory should be a wake-up call about the abuse and secrecy surrounding Sullivan; Dr. Stewart reports that “there have been a lot of mysterious deaths at Sullivan but the families of the deceased can't afford autopsies to prove the actual cause of death [..] there are a lot of grievances about staff placing glass in prisoners’ food but nothing is ever done.” As part of his state court proceedings, Dr. Stewart has now been transferred to Clinton Correctional Facility for his safety — but with Clinton the site of the infamous 2010 murder of inmate Leonard Strickland, and subject of countless reports of racism and violence by corrections officers, he remains in serious danger.

The Incarcerated Workers Organizing Committee, The Hampton Institute, and It’s Going Down stands with Dr. Stewart in his call for a full investigation into the abuse that he and others have suffered at Sullivan, an immediate transfer out of the NY Department of Corrections and Community Supervision system to prevent further attempts on his life, and a wide-ranging probe into corruption and cover-ups in DOCCS. 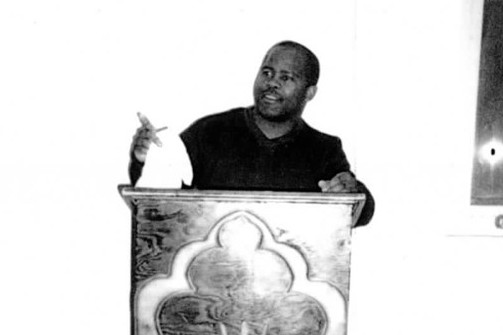