Staff and Inmates Both Endangered by Extreme Heat in Texas Prisons

Peace and blessings sisters and brothers! It is late May as I write this, and already the heat is reaching unbearable limits inside Texas prisons.

I personally am in the midst of my annual Ramadan fast, and the extreme heat places an extra bit of intensity to our obligatory fast.

A federal judge in Houston, Texas, has ruled in favor of prisoners housed at the Pack Unit, located in Navasota, Texas, on the issue of toxic water. However, the question that is being asked by prisoners and their families is “what is the State of Texas going to do with the rest of their facilities which place our loved ones at risk?”

And a lot of the folks in the media and the activist community forget that it is not just the prisoners who are suffering in this super heated environment. State employees who work as Correctional Officers are catching hell down here too! But unlike me, these prison guards can't speak publicly about the deadly extreme heat, or they will be sacking up groceries at the local Piggly Wiggly Supermarket, or working as a greeter at Wal-Mart! I've been asked by many prison guards if I would please tell the world about the cruel and unusual working conditions that they are forced to work under.

Not every prison guard down here in Texas is an abuser or a bigot. I don't particularly agree with their career choice, but at the end of the day, these are human beings, and the State of Texas has placed a gag order on them so they can't talk to the media about the real conditions inside these brick ovens that Texas passes off as modern day rehabilition facilities.

So, today it is approximately 91° F outside, here in Lovelady, Texas. I'm currently housed on 3-row, it is 2p.m., and I only have on my boxers – nothing else! The officer working the wing has on a long-sleeve shirt buttoned all the way up, trousers, equipment belt, and a nylon protective vest with inserts. She is sweating profusely! And it isn't even hot yet, folks! TDCJ has said that they intend on doing “new things” this year in order to mitigate the extreme heat. But I can tell you that anything short of lowering the inside temperatures to 88° F or below is really a waste of time, and they know that!

Officers are being promised new coolers which store ice! Here at Eastham there isn't even enough ice for prisoners. So I am trying to figure out where all this “magic ice” is going to come from?

Sisters and brothers, it has not just been prisoners who have died in respect to this deadly extreme heat, prison guards have died also, and TDCJ's spokesperson Jeremy Desel is not eager to discuss the officer death toll numbers. I am currently awaiting the statistics.

Hopefully, Keri Blakinger or Gabrielle Banks of the Houston Chronicle will aid me in this endeavour, as this is certainly in the public's interest. However, the State of Texas does not want to acknowledge the evidence. The State employs their officers at an “at will” basis, and that means the State can fire them just about whenever they feel like.

Lance Lowry was the former president of the Correctional Officers Union, whose headquarters is located in Huntsville, Texas. Lowry continuously put TDCJ on “Front Street” in respect to the inhumane conditions his fellow union members were and still are forced to work in!

You see, Senator John Whitmire and Representative James White both know the conditions inside these prisons during the summer are torturous, but they work in air-conditioned offices. The same goes for high-ranking TDCJ employees like Bryan Collier. I'd love to see Collier write an op-ed for the New York Times, like Lance Lowry did, begging for funds so officers and prisoners alike can live and work in a humane and safe environment. Time and time again, we are seeing that the State of Texas fails to keep up with the evolving standards of decency a modern civilised society should be held to.

Even the folks at the University of Texas Medical Branch are culpable! Dr. David Callender could surely use some of his influence in regards to this topic, but just like the toxic water problem, Hepatitis-C issue, and numerous other relevant topics, Callender stays as quiet as a Church House Mouse!

Sisters and brothers, I suffer from seizures, I am a chronic seizure patient, and right at the point when the heat is coming, the UTMB Medical Staff have been surreptitiously attempting to discontinue my seizure medication! I'll be 50 years old in July 2018. I'm not a young puppy anymore, but TDCJ and UTMB would love to shut this old dog up! I'm asking everyone to come together on this issue! Support your incarcerated loved ones who are filing law suits, support freedom fighters such as myself, and remember prison guards are people too!

Let's get the Texas legislature to allocate more funds in order to create re-entry programs, so we can close these prisons, and we can work jobs to pay for air conditioning in our houses and apartments! 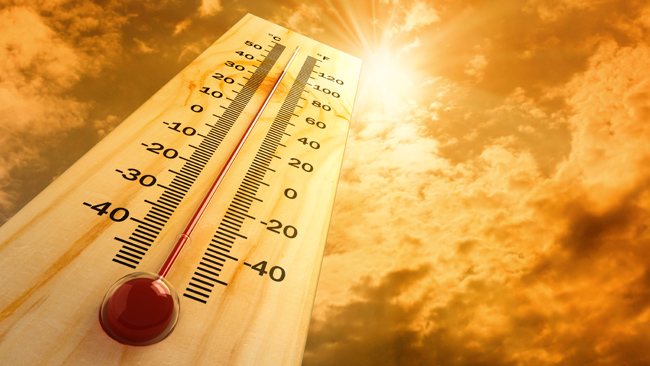