Under lock and key: I was thrown in solitary and punished for following the warden's orders

I have limited space, limited time, and am under heavy scrutiny, so I'll get straight to the point. On August 13, 2018, at 10:00 am, the pod officer, Ms Rangel, had me sent to the “front desk” of my 3-building housing location. Officer Ford-Keith told me some visitors were waiting for me in the administration building, “1 building”. She wrote me a pass to go.

Upon arrival, I was greeted by Captain Gooden; the same captain who was supposed to investigate Lt Estrada and Sgt Gilstrap's role in conspiring to chill my writings via threats of physical harm and disciplinary cases. Instead, he allowed their supervisor to take over and botch my claim.

I was put in a room where I met a tall, skinny white male in street clothes and a heavyset black male who pretended to sleep the entire time, but was actually reading my body language. The white male introduced himself as “Sergeant Rodgers from Region 2”. He never said who the black guy was.

They were supposedly there to reinvestigate an ombudsman complaint filed by a Sidney A, concerning an article I wrote about prisoners being denied respite areas during heat distress.

Apparently, Gooden conducted the initial investigation, but never informed me what the entire ombudsman complaint was based on. And his remedy to solve my issue was sending me to live in the dorms or “two other things” if the unit received another ombudsman complaint on my behalf. The droms actually have hotter living conditions than the buildings. My anecdotal support for the article in question was drawn from a heat stroke incident there. Gooden encouraged me to write him a letter instead of writing a grievance or using the ombudsman. He claimed that route was faster and more effective, but I see it as him trying to keep things off record and away from public scrutiny. Plus, in past investigations, the outcome was the complete opposite.

Rodgers admitted that, a month prior, he did a heat audit and found that the prison was in compliance, e.g. the water cooler had ice in it, the fans worked, etc. But I note that these audits were rehearsed by Gooden, who I remember coming to the pod around a month ago, looking in the cooler then walking out. I believe he passed the info to Rodgers.

For the record, around July 10 2018, I attempted to mail out the original copy of the article on denied access to respite areas, but the Security Threat Group (STG) confiscated it from the mailroom, claiming it was gang-related material. To prevent me from knowing that particular article was denied, and to delay me sending out another article, the mailroom supervisor, Ms Arnold, claimed incoming mail from an individual was denied because it contained a letter discussing gang stuff. She even had the denial form filled out stating that the letter was incoming mail. She claimed to have read the letter.

I spoke to the other mailroom clerk, who told me to appeal it because it was really an article I wrote being sent to the individual talking about heat strokes. I confronted Arnold about this, she claimed she made a mistake. Under pressure, Arnold admitted that the STG office sent her a memo, telling her to deny the article because the words [this section is censored, but from context elsewhere it seems very likely that the censored words are “black panther”] were restricted content.

But what this delay did was give the prison the heads-up on the basis of my claim, which they took advantage of by making a few adjustments, then staging a heat audit to offset the ombudsman complaints that routinely pour in following my published exposés. This same type of denial was previously overturned on appeal in a similar incident, so it seems likely the censorship of the heat article will be overturned as well. Arnold told me that no matter how many times the DRC uphold my appeals, as long as my articles or their titles contain the same words, they will be denied.

Rodgers said he would investigate my allegations of being denied respite.

Around 11:40am, me and other prisoners were lined up in front of the law library, waiting for the session to start. Out of nowhere, Lieutenant Ricks, a control freak who is a mirror image of Grace Jones in the movie Mad Max, ordered us to stand on the sidewalk that blocked the protective custody prisoners from coming back from eating.

The warden and the major told us if we ever get caught standing there, we would be written “out of place” cases and sent home. They also said that the heat was another reason for us not to be there. The place he told us to stand is in a shaded area, has a constant breeze generated from the roof blocking the sun, and every time the education building is opened, fresh air-conditioned wind blows on us, and we aren't obstructing any traffic flow. And we stay cool.

I explained this to Ricks, who said she didn't care about any orders but her own. I asked her if I could use the education building as a respite area, since standing out in the open exposed me to the humidity, and at the time the air wasn't blowing, so it was humid even in the safe zone. I was told that the only thing I would get was “handcuffs, gas and a beatdown” if I didn't comply.

Even though the warden told us to contact him if this situation occurred, this request was denied as well. The law library staff, Officer Smith, Officer Nation, Officer Doddy and their supervisor, Wells, are aware of this order, and have previously run off captains who tried what Ricks tried. For one reason or another, they feared confronting Ricks.

I explained the respite policy to Ricks, but she didn't care. She stated “I don't give a fuck about a policy, you in the penitentiary, dumbass.” I asked her to call her supervisor, but instead she called several lower-ranking staff with a camera and a lieutenant. “Now you getting handcuffed, gassed and beatdown, watch,” she said with a devilish grin.

I agreed to stand in the open, but she told me it was too late and that I would be beat into compliance. At this point, Officer Doddy came out of the building to see what was going on. She'd forced the witnessing prisoners to stand far away and face in the other direction so they couldn't see or hear. I knew something was wrong, because she used unusual codes over her radio and never stated the actual problem. I believe this alerted certain individuals.

Before the camera turned on, I heard the black sergeant tell the other that, when I attempted to put my hands behind my back, to pull me and he would gas me. I believe this was when the “beatdown” would occur. I remained silent and didn't move until my arm was grabbed and handcuffed.

Moments before I was handcuffed, the black sergeant pulled out a can of gas and pointed it in my face, and right as he was about to pull the trigger, the white lieutenant told him not to gas me.

On my way to lock-up, Ricks took my mesh bag containing my law library materials, and when it was returned, an entire manilla envelope was gone.

I received a disciplinary case for refusing to obey an order (refusing to be handcuffed and beaten) and creating a disturbance (requesting respite and refusing to disobey the warden's order).

This prevents me from qualifying for parole in June 2019, and it has ultimately resulted in making it harder for me to litigate, as I'm constantly having things taken.

At this time, I'm only allowed to have hygiene items, and if it wasn't for another prisoner smuggling me an envelope and a stamp, I wouldn't have been able to send this out as fast as I did. Please flood the warden's office and the Ombudsman with complaints. This is what they fear and it's starting to have some effect.

[typist's note: you can contact the TDCJ Ombudsman at ombudsman@tdcj.texas.gov, as well as the Telford Unit’s management at 903-628-3171 and garth.parker@tdcj.texas.gov ] 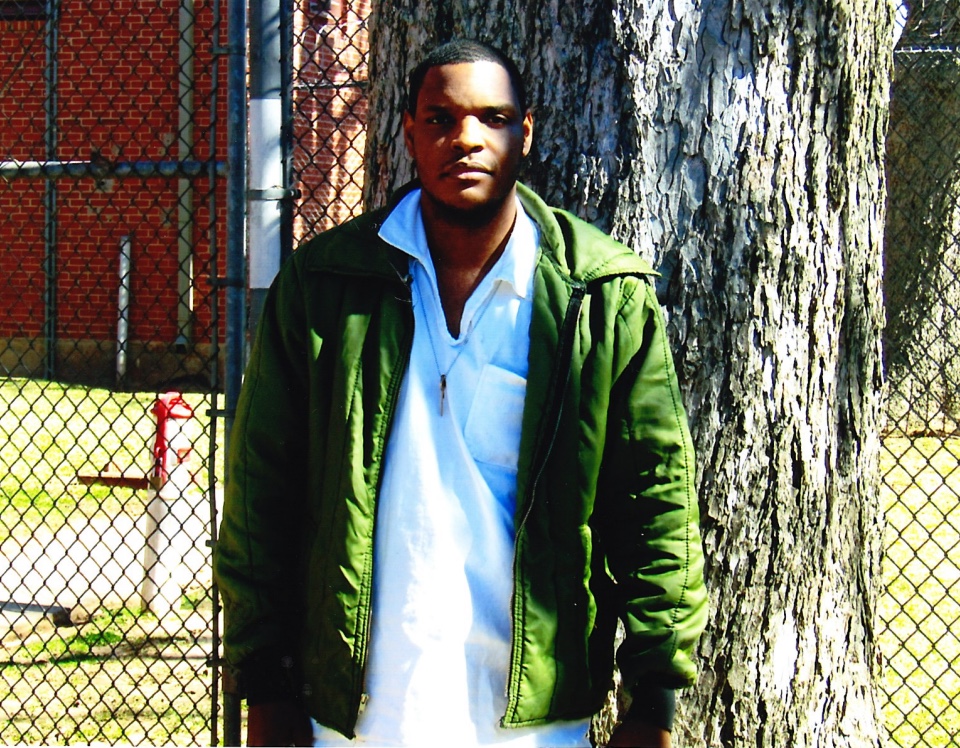