In an message to the New York City Jericho Movement, made public on September 4th, Robert Seth Hayes, a long-term political prisoner incarcerated for his role in the 1970s black liberation struggle, confirmed that he still has not received the potentially life-saving monitor he needs for his insulin pump. Seth suffers from diabetes, and there has been a campaign running for at least a year to get him the equipment he needs to cope with this condition, after he experienced several diabetic comas around this time last year.

To keep the pressure up on the prison authorities over Seth’s health, you can contact them using this web form here.

“I am informed that inmate Robert Seth Hayes, #74A2280, has still not received the monitor he needs for his insulin pump, months after it became apparent that it was needed. I am extremely concerned that this continuing medical neglect by DOCCS is continuing to put his health at risk, and that this constitutes a clear breach of your duty of care towards Mr. Hayes. Please ensure that he is supplied with the medical equipment he requires at once.”

Send him a card or write him a letter. Seth loves corresponding with people, and it also shows the prison that people are paying attention. To contribute to ongoing efforts supporting Robert Seth Hayes, please donate online at:
https://fundrazr.com/campaigns/810a58

Meanwhile, Jalil Muntaqim, another long-term New York black liberation prisoner, continues to request that people support him with twitter storms pressuring New York Governor Cuomo to grant him clemency, with the next one being scheduled for Wednesday, September 13th. To participate, tweet the following message to Governor Cuomo on the 13th: @NYGovCuomo

I add my voice to demand: Commutation of sentence for Anthony Jalil Bottom #77A4283 NOW! #clemency4jalil

To find out more about Jalil’s case, you can listen to this recent interview on The Final Straw. 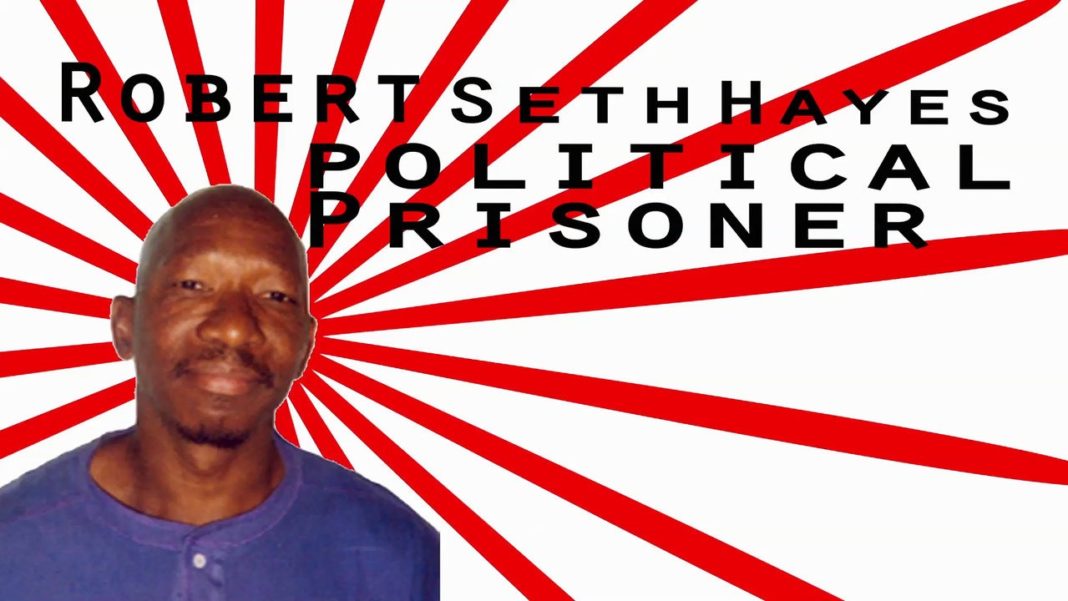