Will Texas Governor Greg Abbott choose to save Lives or Save Face?

Texas governor Greg Abbott like many republican governors across the United States followed the lead of the U.S. President Donald J. Trump and pushed to re-open states before the science revealed that it was time to do so.    In approximately 4 1/2 months the Corona Virus has killed over 136,000 human beings here in the United States.    The state of Texas rushed to open and now large urban centers such as Houston, Austin, and San Antonio as well as small cities such as Corpus Christie are facing an apocalyptic health care crisis.    This is a defining moment for Greg Abbott.  The question presents itself; 'Will governor Abbott choose to save lives or will he ignore the empirical data and the science and choose to save face?'.  I ask this question:  "Will Greg Abbott distance himself from the poor leadership of Donald J. Trump and make decisions that will save the lives of ALL Texas Citizens?     The state of Texas is the home of some of the best colleges and universities in the United States.  Texas also has some of the most prestigious and advanced hospitals in the world.  However, allow me to present some remarkable historical information.     In 2015 the University of Texas at Austin--Human Rights Clinic headed by Professor Ariel Dulitzky presented a scientific and empirical analysis within the body of a report which clearly showed that deadly extreme heat and deliberate indifference by Texas State Prison Officials as well as members of the University of Texas Medical Branch contributed to the deaths of prisoners housed in facilities operated by the Texas Department of Criminal Justice.  The argument put forth could easily convince a group of intelligent human beings to install air conditioning inside all Texas Prisons in order to save prisoner lives.  Deadly heat still poses a serious risk to the health and the lives of Texas prisoners and this is only exacerbated more by the current Corona Virus pandemic.    At the time in 2015 the state of Texas was fighting a lawsuit brought by four Texas prisoners who were seeking the installation of air conditioning at the Wallace Pack Unit located in Navasota, Texas.  It is note-worthy to mention that the Wallace Pack Unit houses a large number of elderly and infirm prisoners who are vulnerable to extreme heat and of contracting the Corona Virus. (The Wallace Pack Unit now has Air-conditioning thanks to these fearless prisoners)    In 2015, in response to the report by the University of Texas at Austin--Human Rights Clinic the Texas governor's office retaliated.  I am very familiar with this situation because I was one of the people who was the victim of the state's retaliatory response.  The Texas governor's office threatened the chancellor of the University of Texas at Austin and told him that the State of Texas did not want University of Texas professors, lawyers or college students helping Texas prisoners.    Even though the state of Texas had created deadly conditions inside its prisons--deadly conditions which still exist in most of Texas' prisons to this very day.   The 'Company Line' was to retaliate rather than take decisive and humane actions that would have improved the quality of life and actually saved the lives of wards of the State.    Like Donald J. Trump--governor Greg Abbott has established a clear pattern of conduct by which he attacks those who present or expose information which shines a negative light on the states inhumane practices.  At this moment in time I ask the citizens of Texas as well as Texas Legislators and responsible members of the Media and our Activist Community to urge Greg Abbott to set aside his allegiance to the Republican Party and make the 'hard' decisions that will save many lives:*Order the Shut Down of all Cities where Covid19 is spreading*Increase Testing, Isolation, and Contact Tracing immediately and focus energy on our most vulnerable communities---Communities of color    If Texas governor Greg Abbott wants to fulfill his duty to serve and protect ALL Texas citizens he must rise to the occasion and LEAD in his own way and ignore the false narratives and faulty leadership emanating from Trump's White House.SAVE THE PEOPLE!!SERVE THE PEOPLE!!SHUT IT DOWN AND SAVE LIVES!!Dare to Struggle, Dare to win, All Power to the People!!!" 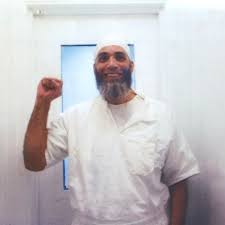