TX. Since April 4th, prisoners in at least 4 Texas prisons have been on strike for better conditions and an end to slavery and human rights abuses. This strike is but the latest in a nationwide mass movement inside prisons for dignity and freedom. Minimum wage in Texas prisons is 00/hr. Access to medical care requires a $100 medical copay.

“My son and others are literally sitting down to say - ‘Stop killing us. Stop enslaving us. We are human. This has got to stop’” said Judy, whose son’s prison is on lockdown. “I think the strike should spread. I believe prisoners and families together have the power to collapse this system.”

Striking prisons have been put on lockdown in an attempt to “conceal the strike” and the battle of wills is being daily tested by the inhumanity of the administration. No lights, two peanut butter sandwiches a day, no phone, mail or visitation from the outside world. And likely far worse.

Since the strike’s inception, the Texas Department of Criminal Justice (TDCJ) has been trying to contain the strike and paint the strikers as causing harm to inmates and families. Threatening additional lockdowns, forced transfers, violence. Even a statewide lockdown.

“I know we with family inside are hurting, when we are cutoff from our loved ones. When we hear rumors of additional lockdowns, when they threaten locking us all out” said Ann whose husband is in Robertson and lives in Fort Worth, Texas. “But don’t blame the brave souls standing up. Blame TDCJ. Blame those willing to torture families rather than give us justice.”

IWOC believes TDCJ’s actions to be an intentional, routine tactic. “They are trying to change who the enemy is,” said Nick Onwukwe, Co-Chair of IWOC and a former prisoner. “Trying to get you believe the enemy isn’t the slave master, it’s the slave who sits down and says - enough.”

Increasingly lockdowns are becoming reality. Already there are additional lockdowns at Jester III, Dalhart, and Beto, partial lockdowns at Coffield and Allred, and a confirmed order for lockdown at Michael for this morning, April 16th. Is the strike spreading? Will TCDJ’s tactics backfire? We may be at a tipping point.

“This is not a time to watch,” said Brianna Peril, IWOC Co-Chair and former prisoner. “Gather your family and loved ones. Start a chapter. Go outside the nearest prison and make enough noise that those inside know the free world is with them. The history of slavery in the United States is at stake”.

The movement to end prison slavery is growing. Prisoners in Alabama have recently confirmed their commitment to striking this May, while prisoners across the country are calling for nationally coordinated prison shutdowns on the 45th Anniversary of Attica this September.

Like all futures it will be decided by those who show up. Get involved. Call. Donate. This is our time. 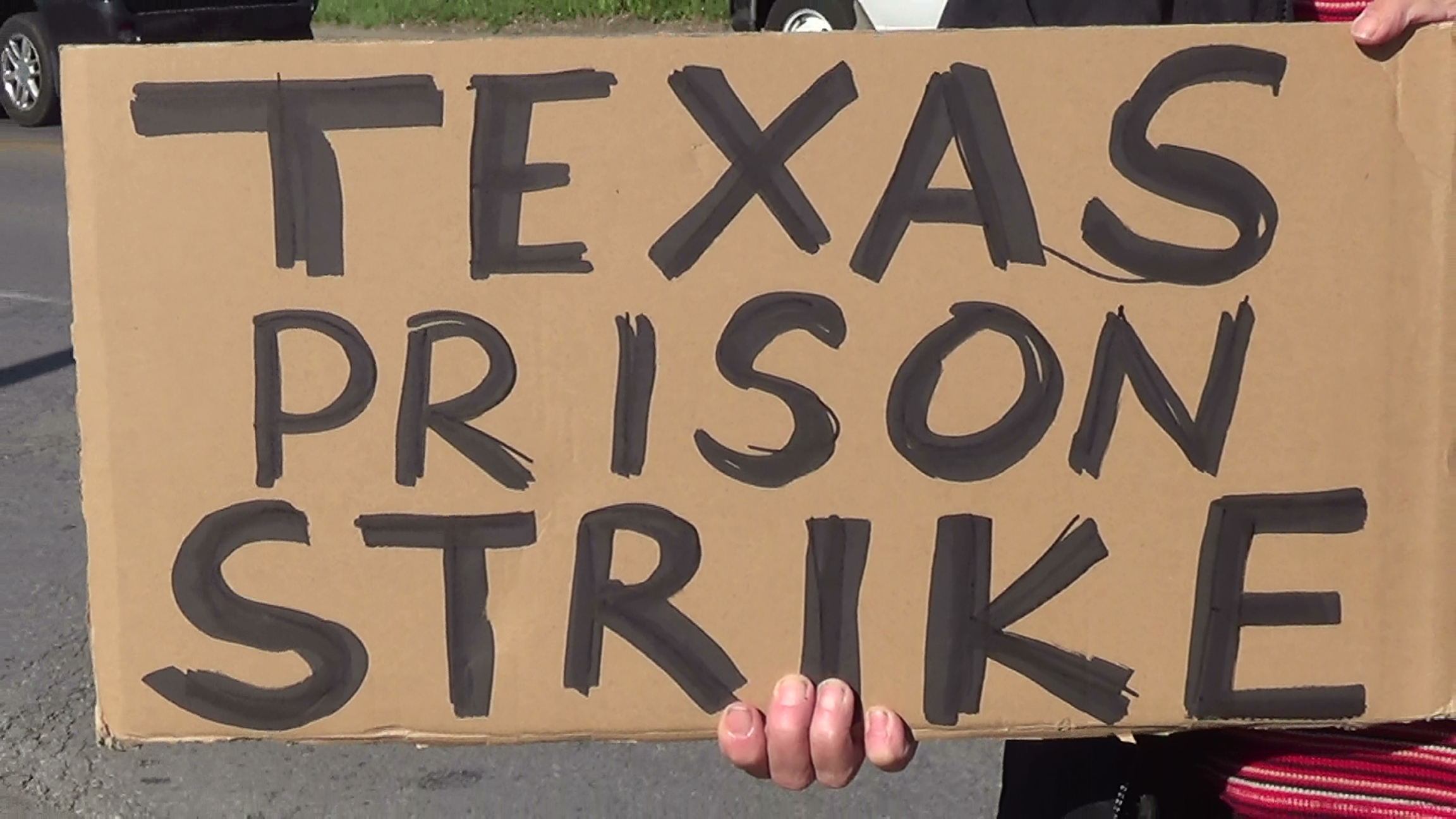