Why We're Breaking the Internet

The Importance of Net Neutrality in the Fight for Prison Abolition

Today, December 12th, we the Incarcerated Workers Organizing Committee are joining hundreds of organizations, companies and individuals in “breaking the internet” to call for the protection of Net Neutrality.

As prison abolitionists, a free and open internet is crucial to the work we do — as well as a possible tool to be used against us by the surveillance state. The battle over who controls the internet and how it is used is not something we can afford to sit out.

The internet is woven into most areas of society, so the right to connect to the internet has become fundamental. This right is denied to those incarcerated in the United States, putting up significant barriers to conducting research, communicating with loved ones, and speaking out against injustice experienced on a daily basis. Many of us on the outside take these rights for granted. In addition to being denied internet access, the prison system imposes other barriers to communication such as arbitrary mail censorship and exorbitant phone calls — in fact, FCC Chairman Ajit Pai (the one spearheading the attack on Net Neutrality) abandoned a previous FCC plan to cap the cost of phone calls from prisons. As IWOC members, we run up against these restrictions daily as we try to communicate and organize with one another.

Incarcerated folks are taking direct action against this communication lockdown by smuggling in phones and employing a multitude of innovative ways to bypass state censorship (like those who ingeniously built their own computers, connected them to the prison network and surfed the web with the Tor browser). This defiance allows prison rebels to break the silence on abuse, document resistance and connect with those of us on the outside.

This resistance continues in parallel on the outside. After the FCC declared that Internet Service Providers (ISPs) could do literally anything they wanted with the data they gather while surveilling our activity online, thousands of us started using Tor and/or a Virtual Private Network (VPN) to hide our activity from prying eyes.

Now the FCC has set its sights on Net Neutrality, which protects us from Internet Service Providers (ISPs) choosing which sites we can or cannot access. We can be sure that, if Net Neutrality is rolled back, views counter to capitalism will be on the chopping block. An open internet is what allowed us to break the corporate media blockade when prison strikes swept across the country; without it, amplifying oppressed voices will become even more difficult.

So, today, December 12th, our website goes dark and our social media accounts are joining the call in defense of Net Neutrality. We hope this type of resistance will grow beyond symbolic protest and calls to congress as the movement sharpens and broadens its tactics: it’s clear that pleading to a hostile government is a losing strategy. We join this fight clear that we are aiming beyond more than just Net Neutrality, a demand palatable to tech giants and venture capitalists. Instead, we look further - to a truly free and decentralized internet, safe from surveillance, which can only fully exist with the abolition of capitalism and the dismantling of white supremacy, patriarchy and all forms of oppression.

-- The Media Committee of IWOC 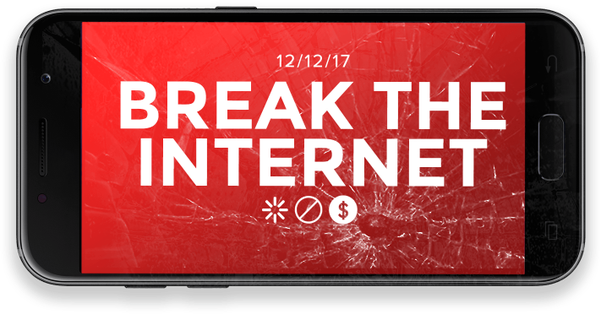